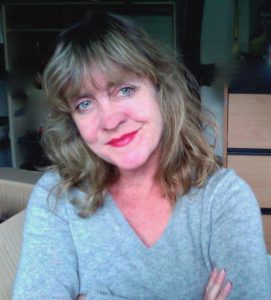 Your past can have a nasty habit of reappearing somewhere in your life and scuppering opportunities and future plans.  It is common for past traumas – however small – to be activated when you find yourself in a stressful situation and patterns emerge of bad stuff that happened to you, even decades before.  It can be frightening but even on a lower level it can just stop you from moving forward, leaving you with feelings of anxiety, sadness, jealousy, rage or worthlessness.

I’ll share my little bag of gremlins with you then show you how, even though I went through some bad stuff, I eventually emerged with my golden ticket.  You don’t need to wait until you’re fifty-three to realize your dreams.  You can get help much earlier and get moving on reaching for your goals.

Bullied at secondary school I was sent to a small private school, a wrench at fifteen away from my friends and having to go back a year. My parents didn’t know about the bullying. They saw bad behavior.  There was other stuff going on they didn’t know about either, and will never know. Needless to say in the early eighties you didn’t get counsellors at school and there was no-one to talk to, even my friends. Straight into my memory stores this all went.  I know now that I likely had auditory processing disorder as well (my son had it when he was young) which made learning very hard.

My first job was at Superfish in Redhill opposite McDonalds. I worked on the deep fat fryers at fifteen for 55p an hour but they took me off because I kept getting scalds so I waitressed and did washing up.  After this I worked for a deli salads company and enjoyed preparing huge salads like mushroom a la grecque.  Loved this job, apart from the wasps.  Where Bill’s is now in Reigate there used to be a huge English restaurant in the early eighties.  I did silver service but after tipping a whole tray of roast into the lap of a customer, I was fired.  I also worked at Safeways in Redhill (with deaf Mike!). Fired from there too for a bit of a spat with a customer.

At sixteen I went to Reigate College to retake my o’levels. I had already done drama at Redstone (Warwick) and left college with an A/O level (AS level today).  I was really good at improvisation which put me in great stead for interviews and blagging my way out of tricky situations. EVERYONE SHOULD DO DRAMA!  I had five other o’levels too.  I went on to Redhill Tech (East Surrey College). These were hedonistic days and went by in a bit of a blur – boyfriends and experimenting with stuff.  I did Aviation which was funny as I was as high as a kite some days!  Came away with secretarial skills like my other friends and then found an admin job at Queensway House in Redhill for a shipping magazine.  I licked so many envelopes I felt like a drooling bloodhound.

An opening came at Philips Lighting in West Croydon on the sales desk so at eighteen, this was my first ‘proper’ job.  I managed to upsell a few orders and so off I went into a twelve year career of sales.  I had excellent training and would advise anyone to do a residential course and learn how to sell properly and give great customer service. To this day I go potty if I hear “Hi guys, what can I get you today” with no eye contact and no interest.

I worked very hard.  There were no free rides.  Bosses were bullies. I worked for a Rupert Murdoch company and my boss was a black, Jamaican lady (beautiful) called Yvonne Richards. She had run the Barcadi account before this position. She would be nice one moment then explode, not talk to you for three days and then take you out for lunch as if nothing had happened. Humiliation was rife and the commission targets were mad.

I loved being independent and I loved the money I was earning.  The days of comission, overtime, company cars, boozy lunches and bonuses are long gone; only for the really high fliers.  The boozy lunches brought with it a problem I had with alcohol.  I liked it.  It did not like me.  I fought and fought to drink like other people but it was not to be.  Many years later I kicked the habit.  How remarkably wonderful life is without booze.  During that time I started an eight year relationship with a lad I adored. Two years ago he was found dead (after five days) in a squalid flat.  The cause was never found. I know how he died – booze.

Over the years I have watched other people die from alcohol. What a waste.  My beautiful friend Sara died which was tough. She had MS. I wasn’t there for her near the end.  The illness changed her and made her bitter and resentful.  I spoke at her funeral. I miss her often. Talking of funerals, I’ve been to over fifteen from seeing my dear friends burying their 3 month old son, to lads decapitated by speeding in their cars, suicide, illness and old age.

In the nineties I worked as an Exhibition Manager on a big training exhibition, doubling its size in four years for which I am very proud. A contra deal got me a six week course with The Institute of Creativity and the confidence to go to my boss and ask for a five grand pay rise.  I got it. After six years I left this job in Richmond and came back to my home town of Reigate, near my parents with my Swedish fiancé.  My father had sold his company and I received some cash which meant I could be at home for a year when our first son was born.  When our second son was two I started with part time jobs.  I was Farmer Sally at Ladyland Farm and did contracting work at home.

I knew I wouldn’t return to sales but needed and wanted to work so I got a lease on a posh six-seater and set myself up as Ride on Time doing airport runs and concerts, racing etc.   I loved it but it was quite short lived because the taxi market went through a rough patch and I couldn’t tally the books.

During this time I had a madcap idea. It was 2009 and the Titanic Anniversary was in three years time. It just so happened that my great grandfather had been at the helm of Titanic when she hit the iceberg so, I thought, why not write a book about him?  I took myself off to York University to a writer’s workshop and printed off a sheet of twenty points on how to write a book and off I went.  In 2011 The Man Who Sank Titanic was published and I’ve sold about 7,500 copies.  A Canadian film company is interviewing me for a four part series about Titanic which I’m super excited about and I do loads of talks around the region which I adore.

A meeting of a friend landed me a job as Supervisor at the little Fat Face in Reigate. Another job I loved, especially when I was promoted to Assistant Manager, then Manager.  Great experience to work in retail.  I might add though that there was another staff member who held me hostage one evening and locked the door before shouting in my face which was rather unpleasant.  The shop moved up the road to a building twice the size.  This was not for me so I left and did a variety of part time jobs.  I felt frustrated and started suffering with stress. Old memories started haunting me and I was losing my identity.  They were dark times.  I had suffered repossession of a flat I owned in London during the first recession – stress city – and the 2008/9 recession was very hard too with money worries galore.

Fast forward to my late forties.  I don’t think people realize how hard it is for a woman to be going into menopause, bringing up feisty teenagers and caring for elderly parents whilst trying to be a super wife.  Get this.  It’s bloody hard!  I was working at jobs I didn’t like.  I wasn’t getting my emotional needs met and was smoking and drinking too much. Something had to change.

At 50 I needed a job that was not age restrictive, interesting and that would last my working life, until I was eight-four.  I had had different forms of therapy to face my demons which had worked a bit and I was interested in mental health so I started a three year course to become a Counsellor.  The first year was great and I qualified as a Hypnotherapist.  The second year was awful with another bully of a course tutor.  I got her booted out and we had another tutor but I found the course unprofessional so switched and began studying for the Human Givens post-graduate Diploma.  This model of therapy spoke to me.  There was no psychobabble.  It was scientific, brief, solution focused and had an incredible technique for dealing with trauma.  I had my gremlins banished with this method then set about passing with a merit. Again I worked hard and during the course I was supporting one son with his GCSEs, helping my other son, being a wife and having a pesky tumour removed from my right boob with some radiotherapy, all in amongst studying.

I faced my old demons and was determined to rid them so that I could clear my head and have the spare capacity to be creative and work hard at the job I loved.  I now have a good client base with wonderful testimonials and feel challenged every day whilst giving something back to my community.  I feel as though the challenges I have had in my life help enormously to be empathetic and nonjudgmental. I don’t smoke, don’t drink and enjoy keeping healthy and happy.  I also host a Workshop for women locally with speakers who tell their inspiring life stories of how they became business owners, helping to support others on their journeys.  We talk about emotional wellbeing and how to sell themselves and get work life balance.

So there you have it.  When I look back at my career to where I am now I guess I have a few bits of advice. Don’t let anyone mould you into something you are not.  Grow your confidence by getting out of your comfort zone. Praise your children and support them in what they want to do, whatever it is.  They don’t need to be carbon copies of you.  Don’t beat yourself up when you make mistakes.  It might take a while to learn from them but you can if you have the will.  Learn to be resilient. It’s a tough old world out there.  Do all you can to get your emotional needs met in balance.  You are no good to anyone if you don’t put your oxygen mask on before you put on someone else’s.  Running your own business is hard (and amazing). You don’t need anxiety, stress and depression spoiling your life.  Get help.  Play to your strengths.  What can you do? What do you love doing?

Lastly, imagine someone is doing your eulogy over at good old Manor Royal crematorium. What will they say about you?  If I was run over by a bus tomorrow I’m pretty sure mine would be fabulous.  As an experientialist, I feel as though I have done a lot throughout my life and I regret nothing. There’s lots of life in this old dog yet. Can’t wait for the next challenge…